This week in English, we were absolutely privileged to have an amazing article writing workshop delivered by Phoebe Jobling, Senior Journalist at the Manchester Evening News. This was aimed at our Level 1 and 2 students who will soon be sitting their English Functional Skills exams. After introducing herself and explaining her route into journalism, Phoebe gave the student some brilliant tips on how to produce high quality articles. Activities centred around creating headlines and lead texts for articles, structuring articles and using language that is suitable to purpose and audience. I was so impressed by the effort, engagement and knowledge demonstrated by the students, as was Phoebe. Next week, the students will be putting these skills into practice and creating their own articles. A huge well done and thank you to everyone involved! 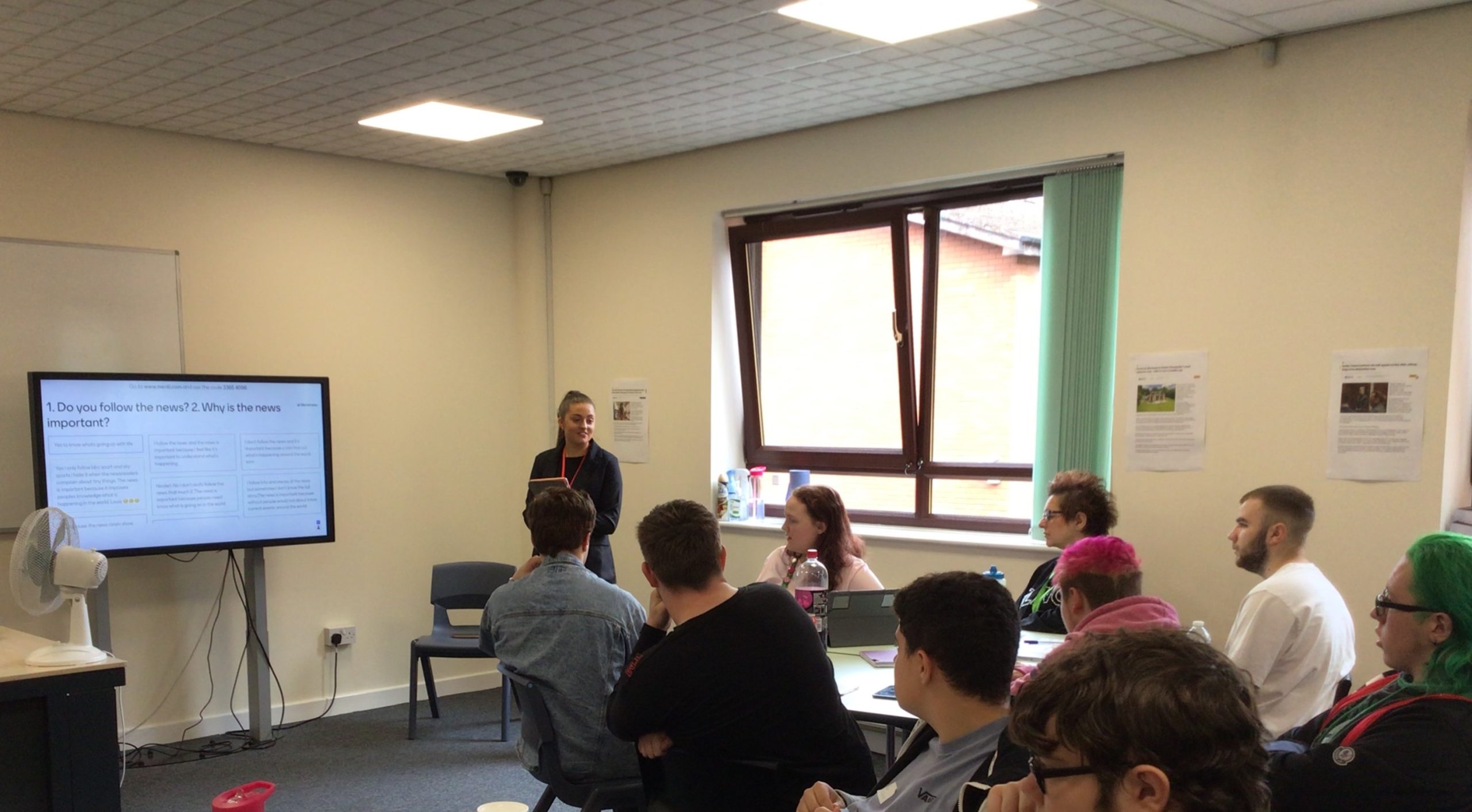 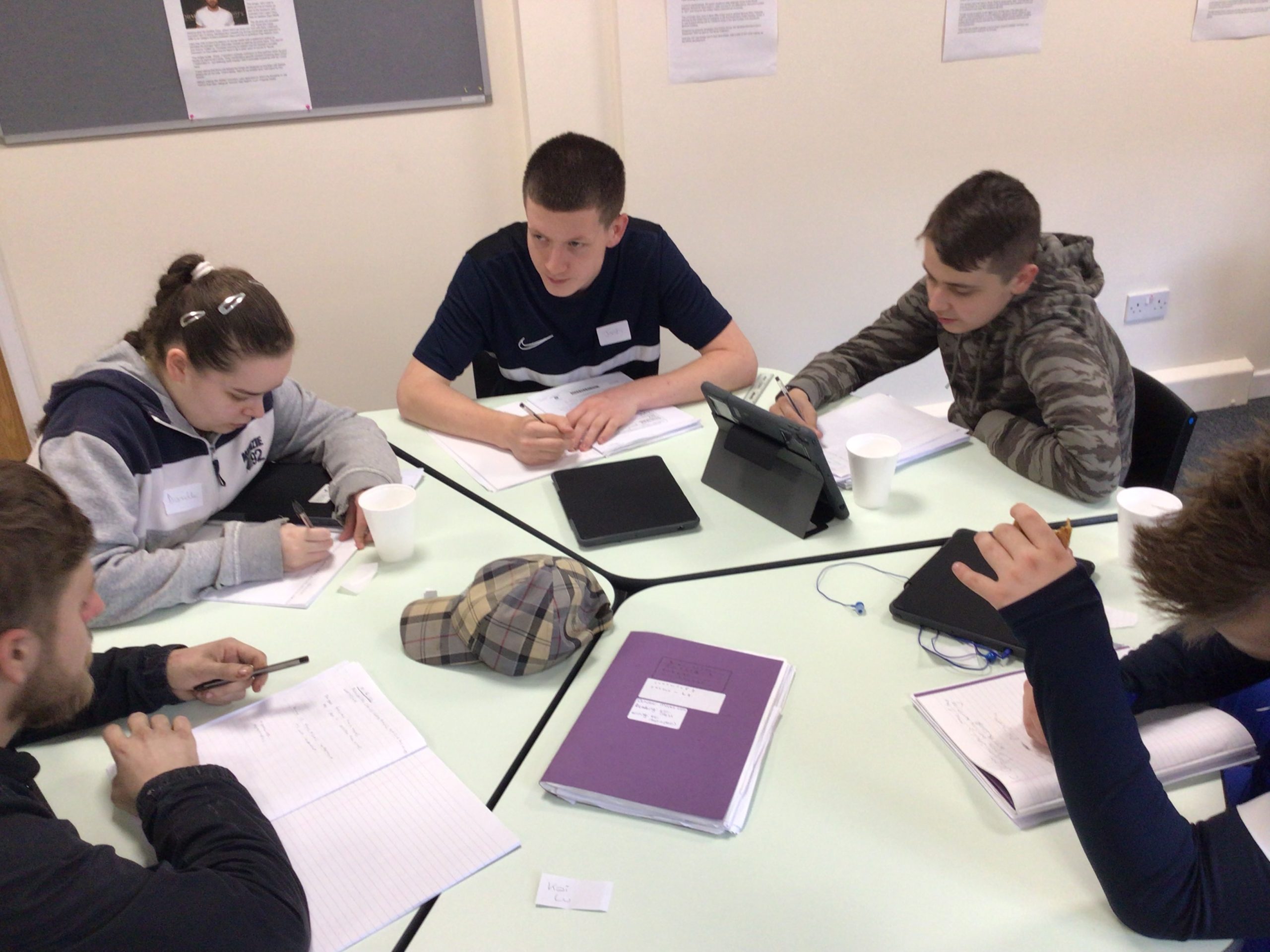 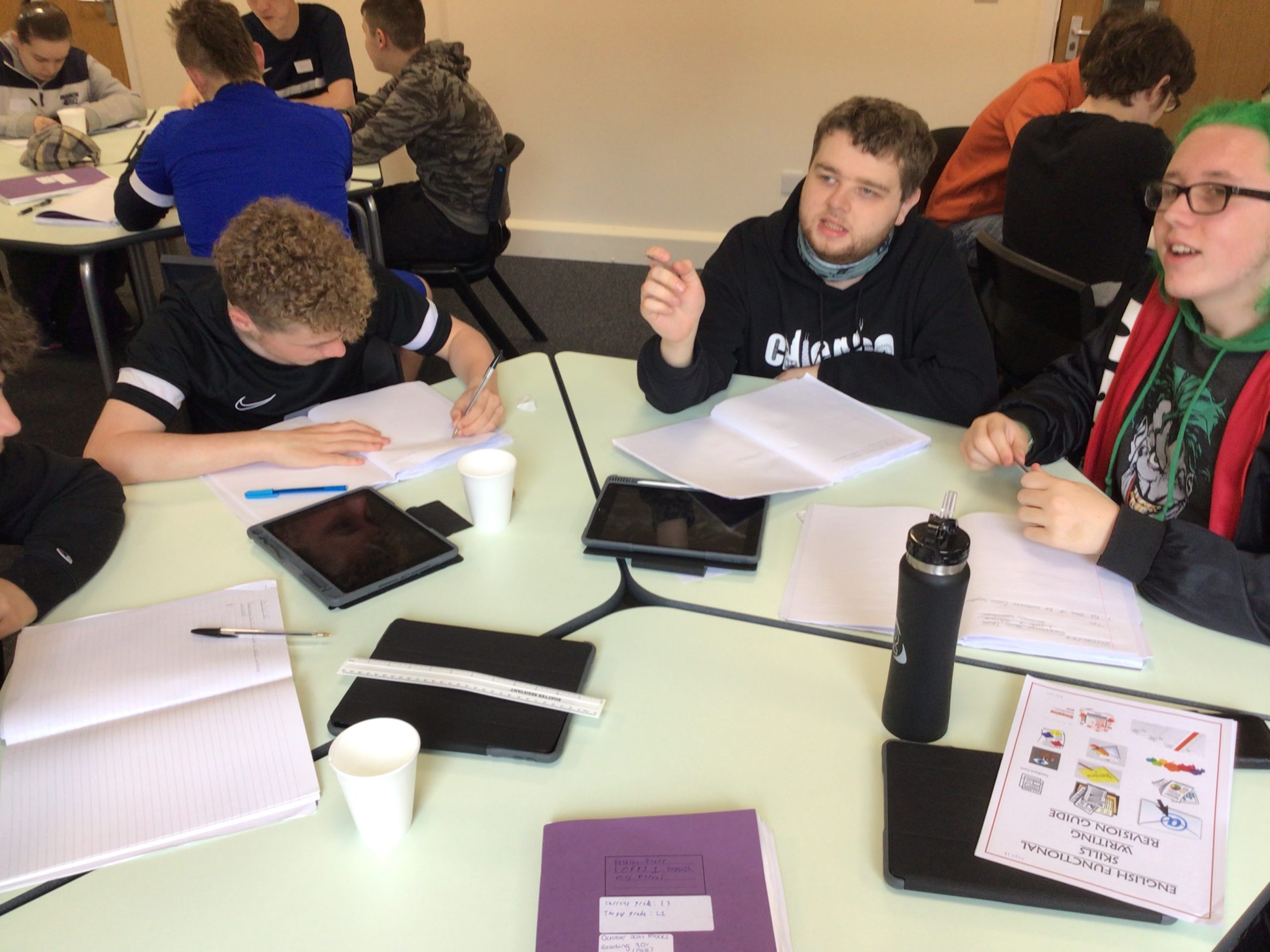 Upon returning back from the May half-term, the students have all begun their last 6 weeks of the Bridging the Gap programme, all four students came back from the break ready to work and get back onto their third and last placement of the year.

Kai Lusty has continued to work in The Café Royal and is enjoying being busy and building his working relationships. Kai will always find something which needs to be done or move onto another job task when the one he is working on has finished, Kai works on the hot counter serving customers and it’s great to see how his confidence is building speaking to people. Kai also works on the till and is more than happy to get stuck in to any task given to him, he is a great team player. Keep it up Kai.

Christian started one of our new placements at the end of April working within the Porter Team and supporting the waste team. Christian learnt the job role quickly and now maintains the corridors and makes sure they are free from anything which shouldn’t be there including empty beds and also cages which have been used to deliver various things to the wards. Christian excels in lone working as well as working as part of a team and is making such a great impression within the porter team. Fantastic effort from Christian.

Peter has returned to the post room after the break and has been building his confidence on placement getting to know the new staff team he is working with. Peter leant to complete his work tasks given to him very quickly and now completes his own post route in the afternoon. When asked about placement Peter had this to say…

“So far I have managed to complete several post routes on my own and without assistance. I have learnt how to sort through the post and store the post in the correct pigeon holes. I have become confident with the routes.”

Kai Lister has started back with the Porter Team and is collecting and delivering samples for the path lab. It’s a very important job task for the porters and does take up a lot of the day so Kai is relieving some of the pressure by doing this task. Kai’s confidence has grown a huge amount and he is meeting lots of new people and always chatting to people within his working day. Kai has learnt the job and been able to carry out different job tasks independently almost straight away. Brilliant end to an already amazing year for Kai. Kai tells me…

“I have enjoyed working with some of the porters like Tom. I have learnt the layout of the hospital and I am able to work independently with ease.”

The students on Bridging the Gap at the Royal Oldham hospital have all made a fantastic impression on members of staff working within the hospital. We have really enjoyed working with the guys and we are very proud of them all and their achievements for this year. Last push till we finish and then they all deserve a really good rest over the Summer break.

Our Own Platinum Jubilee Pageant Superstar!

Ciara , over to you…

“I can’t explain how much I enjoyed the Jubilee parade in London last Sunday! Paraded all around London, very exhausting but it was unbelievable!” 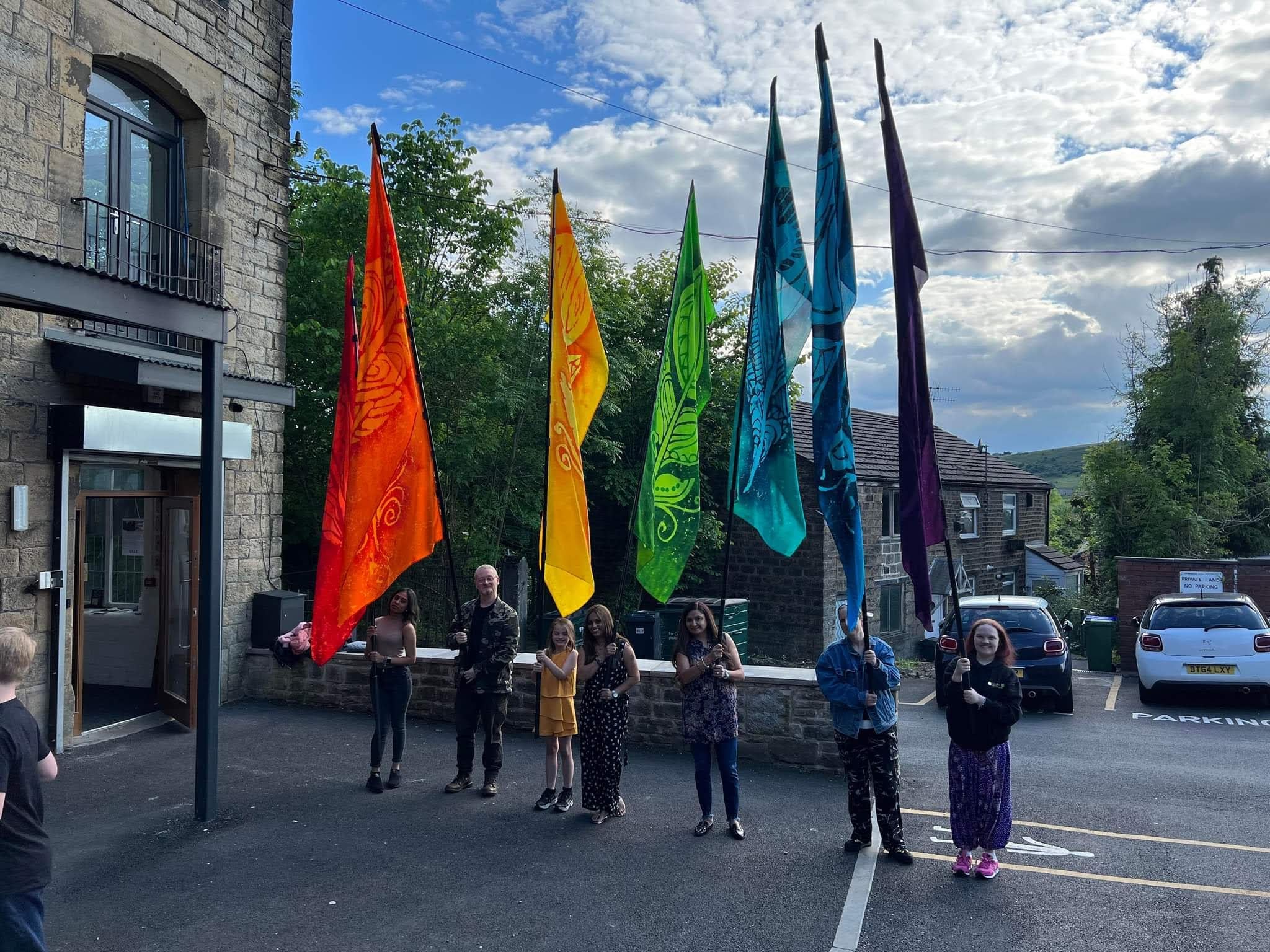 “So many people watching us and cheering on! I felt so proud and honoured to be part of this unforgettable group full with amazing and talented people!” 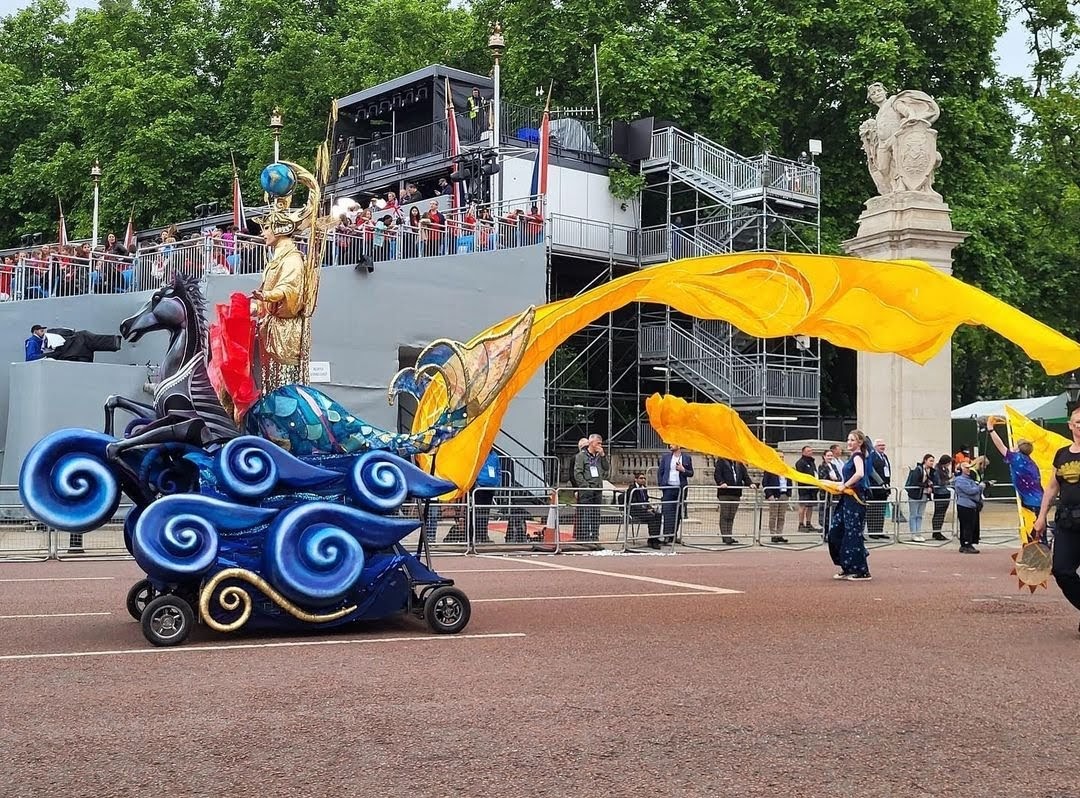 “There was me, my sister Abz and about 220 performers in our group. Mum and Dad were there too as part of the crew and also walked in the parade.” 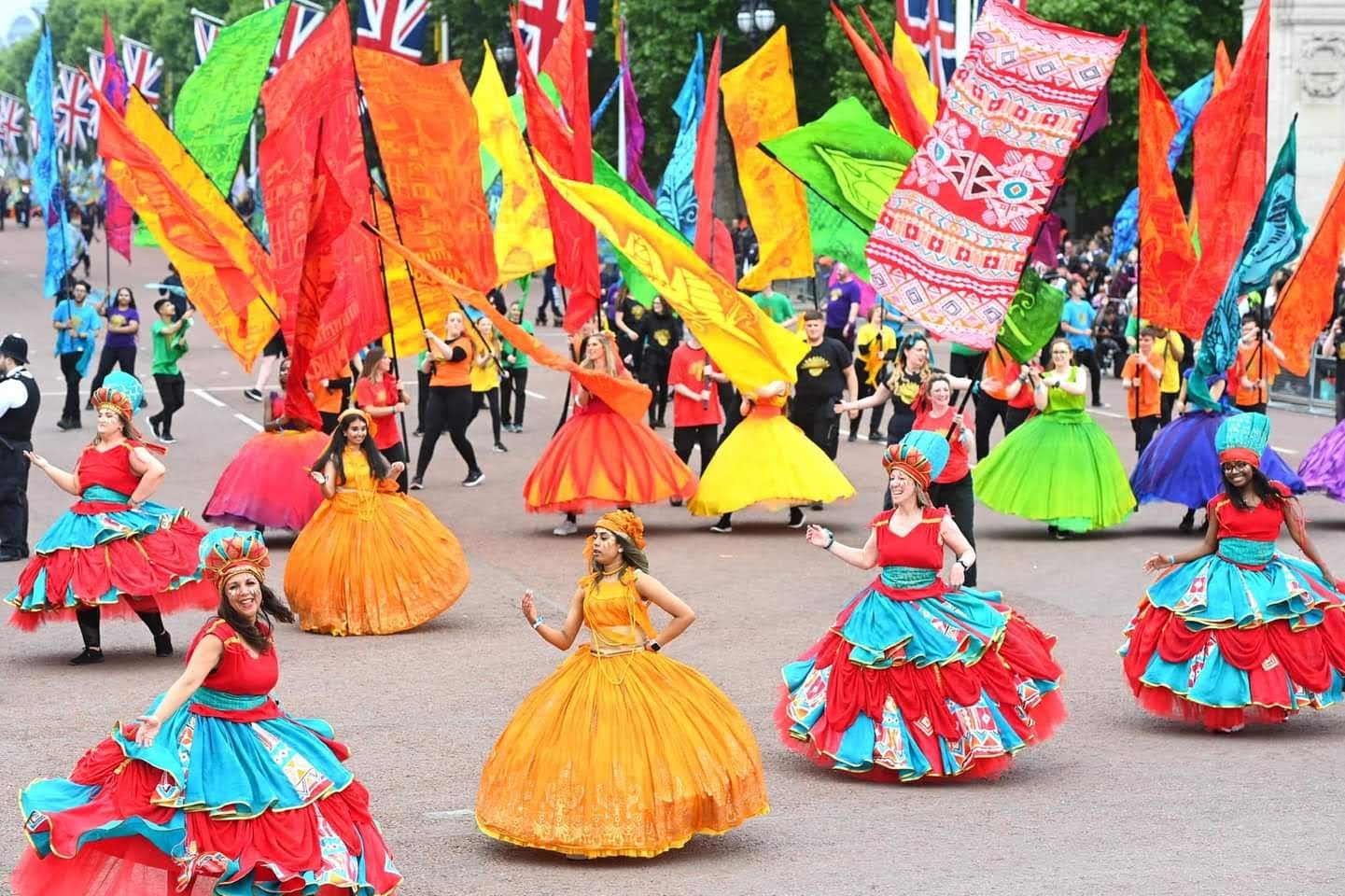 “We were in the ‘Let’s Celebrate’ section and our group was called ‘A Sharing Of Gifts’.” 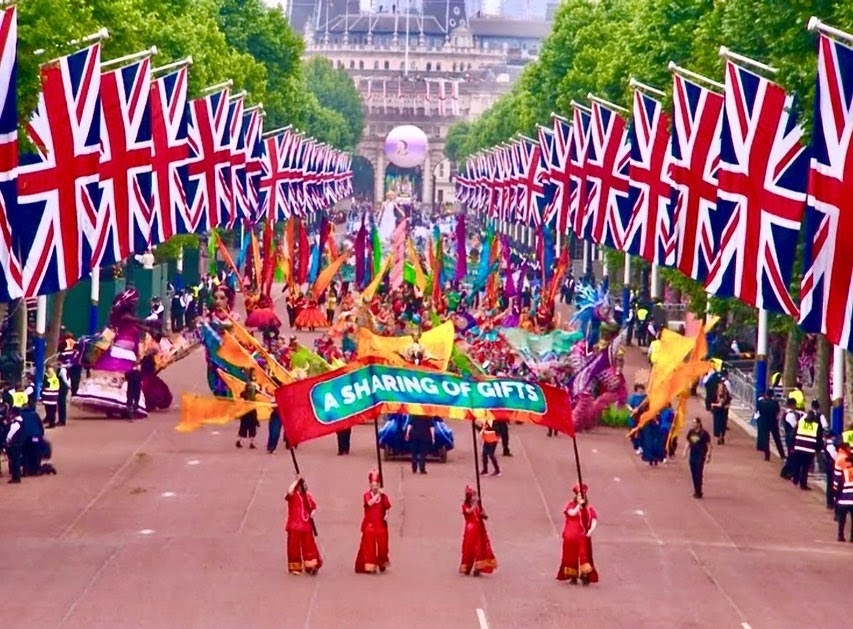 “We had a chariot leading us along with loads of flag bearers, dancers, brass players and of course us, the drummers!” 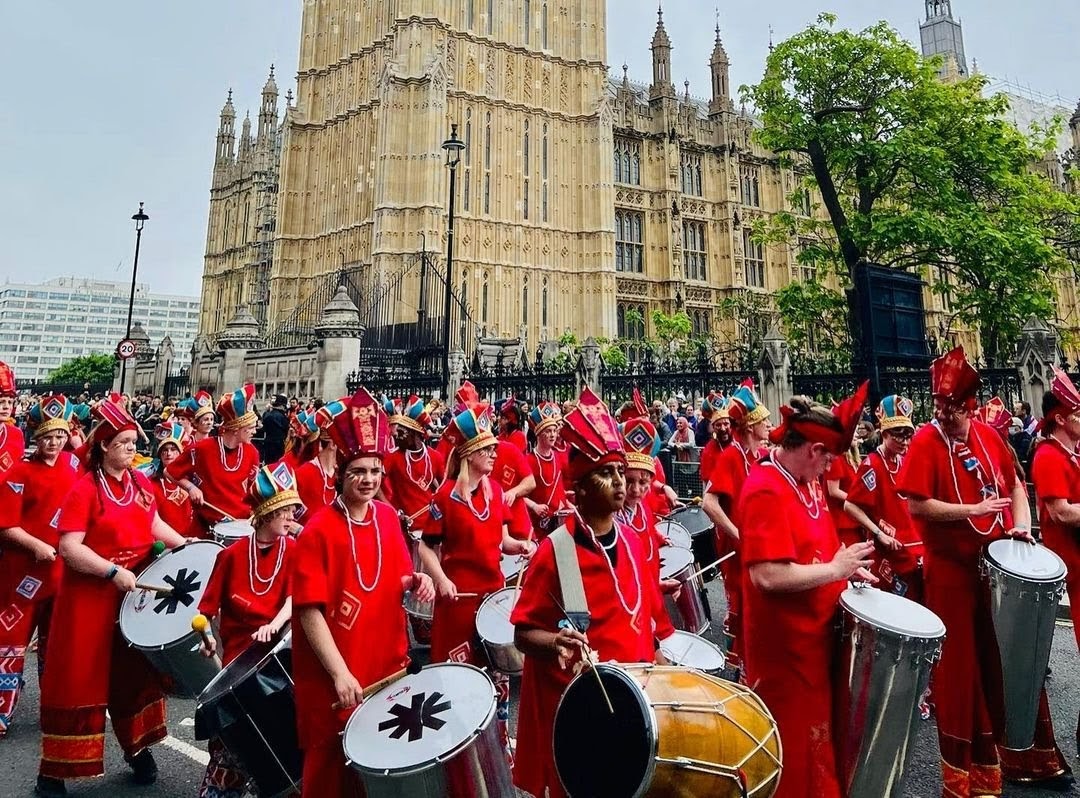 “We were the only group representing Greater Manchester… We know we did them proud. Massive thank you to Globalgrooves for making this happen. It was a once – in – a – lifetime opportunity and a dream come true!” 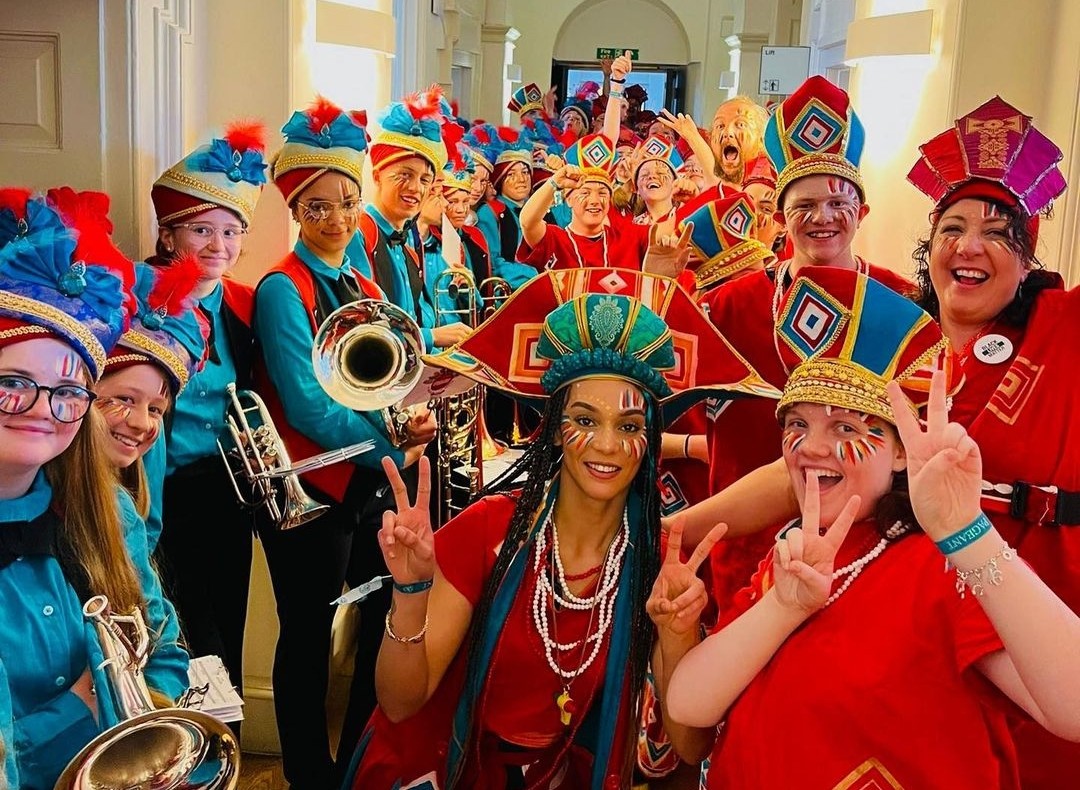